Tomorrow morning will be the grand finally of the MultiSport Canada Triathlon Series. Like most TV series this season finally is promising to be a good one with numerous story lines to follow. The first and most important will be the race that morning. This could be one of the most stacked field in MSC history with Richard Pady, Cody Beals, Andrew Bolton, Keith Marchant, Jim Sunners, Myself, and I am sure I am missing some. Then we have the race within the race for the money. For the big money prize Richard and Cody will be battling head to head for a $1000 pay check, talk about pressure. Behind them there is going to be a battle for who gets the third place pay out of $500 with 20 points separating 3-5 with my self being down 105 points. However, I am the only one yet to do the 4 races, and I have the potential to be the biggest mover. You also can't forget the women's race with Angela Quick and Paolina Allen going for the big prize.

If you have ever read Put Down and Prognostications, of CIS XC, here is my (biased and not well researched) view of tomorrow's grand finally. I will do it in order of the way the standings are now.

1. Richard Pady - If the award went to who has the nicest wheels in the field Richard wins hands down. However, it doesn't and he is going to have to ride those wheels hard to get the win. Probably the most outstanding resume in the field dating back to before I could even walk. Richard has had the fastest bike split at 3 races this season and looking for him to back up a strong swim with an even stronger bike. With Derek Quick not racing Pady could lead out of the water and hold this right through t2. At Wasaga he took the lead on the bike and didn't look back. He has to watch out for fleet footed Beals chasing him down.

2. Cody Beals - Mr. Consistent Cody Beals has placed 1st, 2nd, 1st, and 3rd in his MSC races this year. After bursting onto the scene with a 33:56 10k at Huronia, he has been posting fast run splits everywhere he goes. With a strong swim, Beals has to hope to have a strong bike to stay close to Pady and give himself a chance to take the win and the money.

3. Andrew "I race every weekend" Bolton has done the most races in the series this season, but to bad for him they only take your best four. Andrew doesn't have the monster bike of Pady or the quick feet like Beals, but he puts together a strong race from start to finish. Look for him to be near the top in all three disciplines.

4. Mark Linseman - I am not sure if Mark is going to be racing tomorrow or not. If he is, he is another strong cyclist that will be hoping to get away during the bike section. The question will be how well has he recovered from 70.3 Muskoka where he placed a strong seventh. Everyone else only race a 5k/30k/5k duathlon last weekend.

5. Derek Quick - Uber swimmer of the series Derek Quick will not be racing Sunday because he had bigger fish to fry (is it similar to cannibalism when a fish eats a fish?) in Buffalo. Beals and myself should be glad he isn't there because there is no chance of him pulling Pady with him in the swim.

6. Jim Sunners - Can the old and wise beat the fire power of the young guns? We will see come Sunday.

7. Alex VanderLinden - I am the only one that hasn't done 4 races and have the most to gain (or lose) out there tomorrow. After a rough race at Huronia I will be looking to have a strong swim, and put myself in contention from the beginning. A top 3 moves me into 3rd in the series, but that could be a tall order in this stacked field. I am probably the weakest cyclist in the group, and will be looking to make my move on the run.

Not Part of the series is Keith Marchant of Burlington. Usually one to race the Subaru Triathlon Series Keith has crossed over to add another twist to the race. Keith was 4th in Bracebridge behind Beals, Bolton, and Linseman, but ahead of Pady who was 5th. Keith was another one to race a 70.3 last weekend but he was at Vegas World Champs, will he be recovered from the race and travel? just another question that needs to be asked.

There also could be an age grouper who jumps in the mix. Francois Cote did this in Huronia where he placed second in a sprint finish. It doesn't look like he is registered, but could another take his place.

My prediction (hopes) is that Pady will be leading off the bike with myself and Cody trying to chase him down. I am hoping we have enough room to catch him and we have a 3 up sprint for the win.

It has been a wonderful season, and I am quite sad it has to come to an end.
Posted by Alex VanderLinden at 5:11 PM 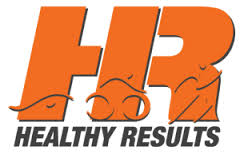 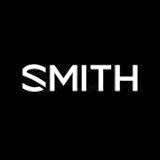